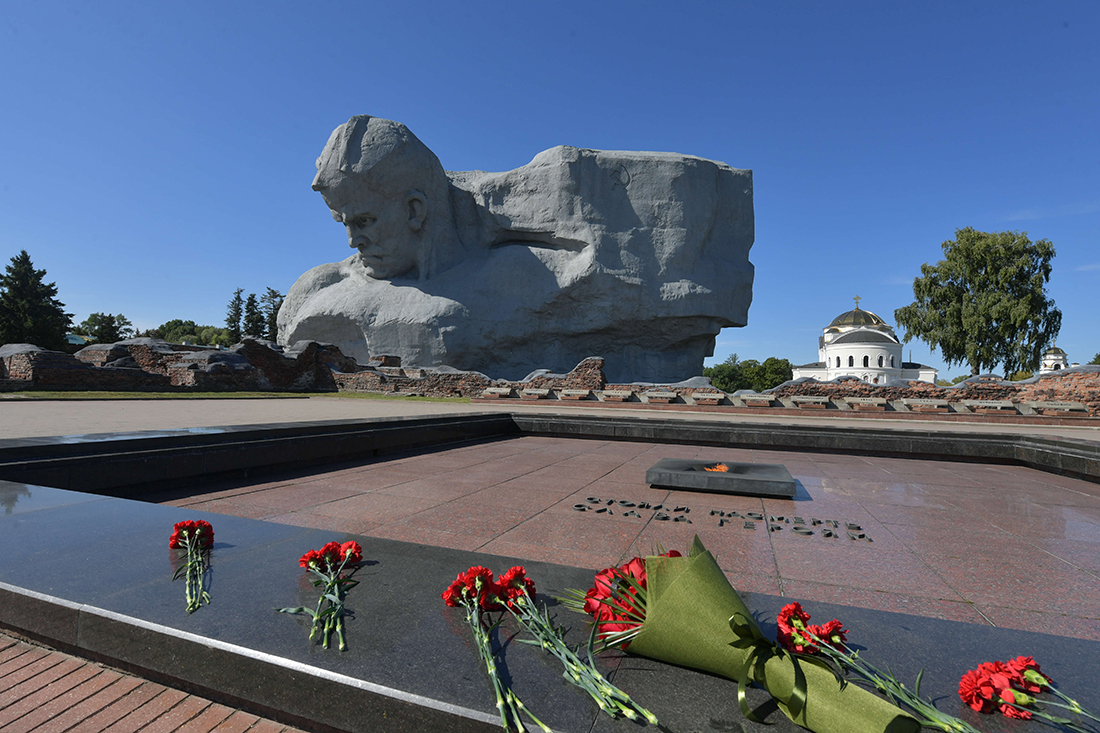 The world famous memorial complex “Brest Fortress-Hero”, created in 1969-1971 for the immortalization of the courageous deed of the defenders of the fortress who were the first to take the attack of the fascists in June 1941. The fortress held off the German offensive for 28 days. In the center of the complex is the 33.5-meter high Courage Memorial depicting a warrior and a banner. The unique open-air architectural and sculptural ensemble tells a tragic story of the heroic defense of the fortress. Here you can see a 100-meter high Bayonet Obelisk – the symbol of the victory over the enemy, the Ceremony Square commemorating the fallen heroes, the Brest Fortress Defense Museum and one of the oldest stone buildings of the old Brest-Litovsk – While Palace.
Berestye Archaeological Museum 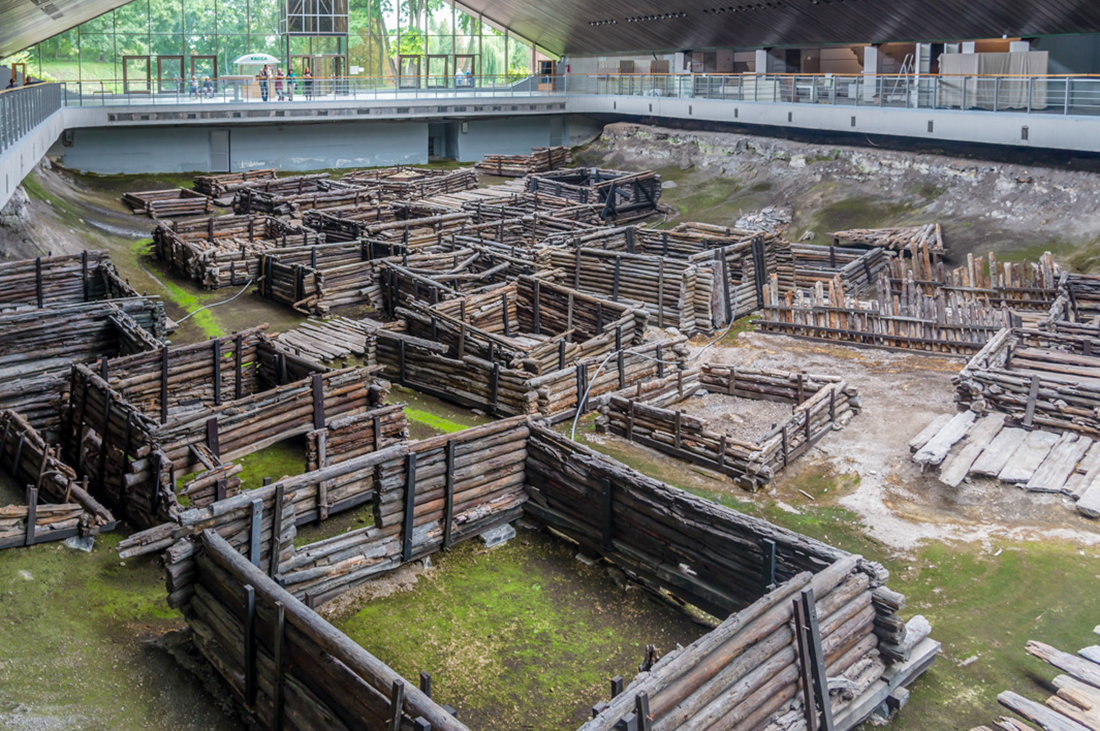 Europe’s only museum of a Medieval Eastern European town is located on the territory of the Brest Fortress where the ancient town of Berestye had been founded many centuries before the fortress was erected. In 1968 scientists discovered here an artisans’ neighborhood four meters underground. This neighborhood consisted of dozens of wooden buildings dating back to the 11th-13th centuries, pavements and wooden fences, remnants of clay furnaces. A pavilion was set up at the place where the ancient settlement was discovered. Today this unique museum features archaeological finds of the 11th-14th centuries that give a glimpse of the ancient Slavonic town, its arts and trades, and the everyday life of local residents.
Belovezhskaya Pushcha

Belovezhskaya Puscha is the last island of vast European forests which once stretched out from England to Italy and from Ukraine to Ural. The unique natural area that covers Belarus and Poland is on the UNESCO World Heritage List. In addition, Belovezhskaya Pushcha is the largest of the four national parks of Belarus (the area is nearly 153,000ha). In 1993, it was awarded the status of a biosphere reserve. In 1997 it received the Council of Europe’s European Diploma of Protected Areas for special merits in the conservation of biological, geological and landscape diversity. 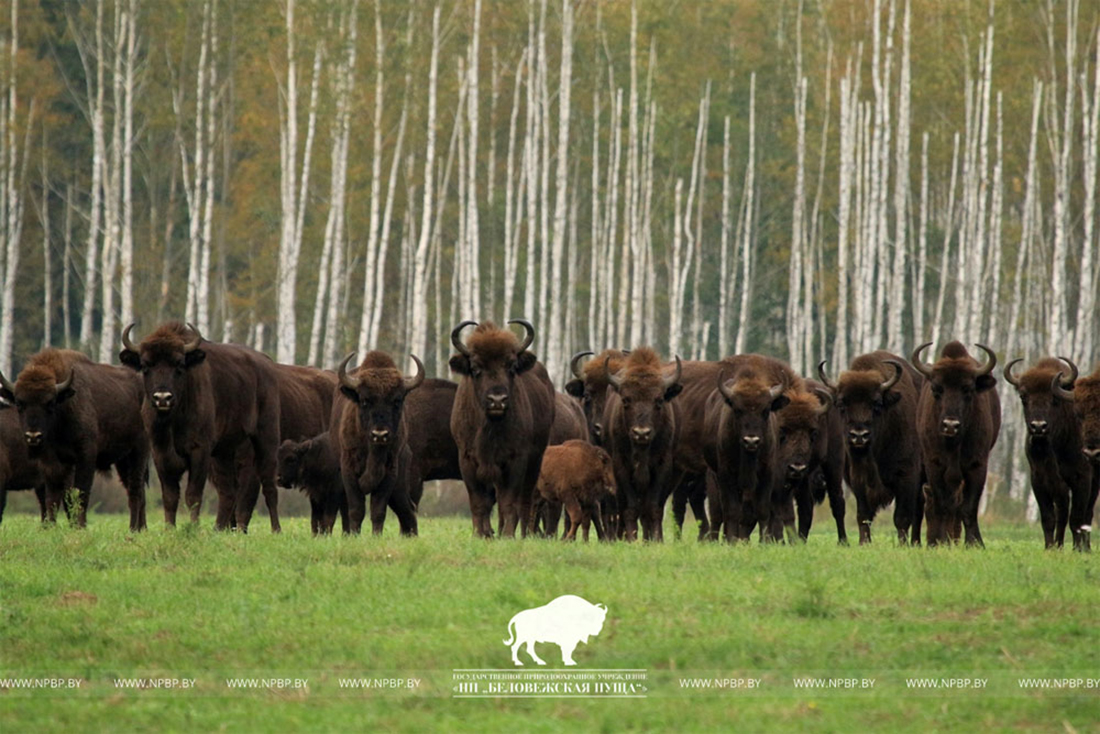 The symbol of the Belovezhskaya Puscha, which became the symbol of Belarus a long time ago, is the mighty bison, the descendant of the European bison. Today, when walking along the open-air cages, you can see this giant and it’s hard to imagine that the bison could have disappeared from the face of the earth forever. Thanks to scientists and nature lovers which in the 1920’s came together in the “International Society for Bison Protection”, we can see this wonderful animal not only in pictures. Today bisons live in Belarus, Poland, Lithuania, Ukraine and the Caucasus. But the first pack of hand-reared bisons was released in Belovezhskaya Puscha in 1952.
Kamenets Tower 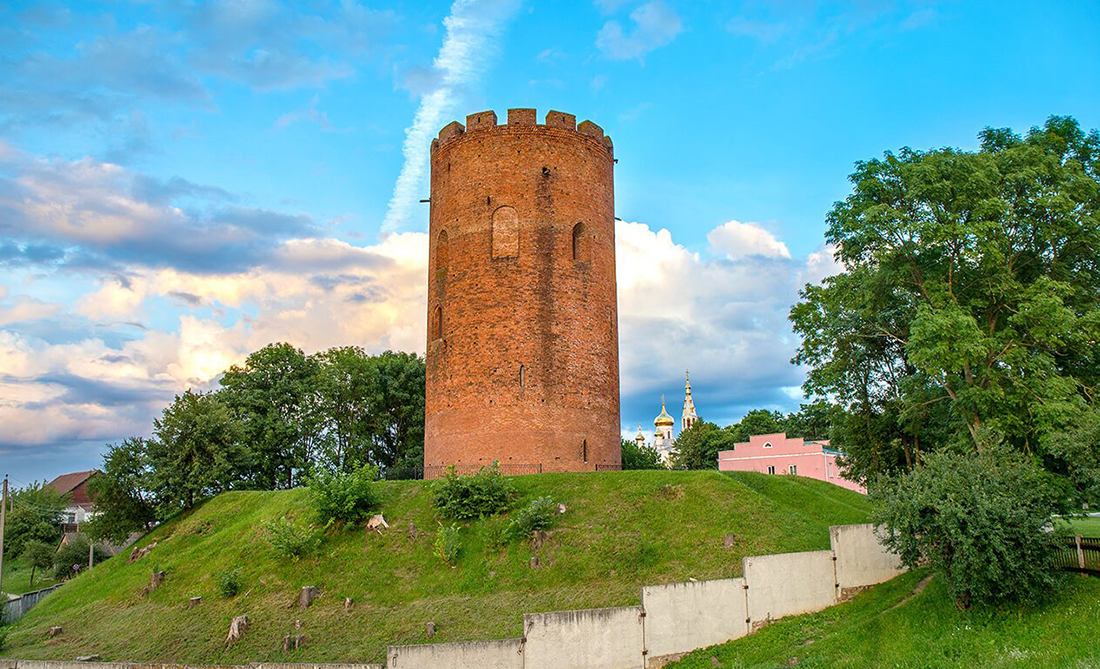 The 700-year-old donjon tower, which is often called the White Tower, is a remarkable architectural symbol of Belarus. The 30-meter tower with strong walls, narrow arrow slits and a crenellation on the top was built in the second half of the 13th century upon the order of Prince Vladimir Vasilkovich to reinforce the borders of the Principality of Galicia-Volhynia. Throughout its history, the tower has withstood numerous sieges by crusaders and Tatars. It has been the battleground for the neighboring armies. At present it is the only surviving building of the kind in Belarus. Kamenets Tower (vezha in Belarusian) is located several kilometers away from Belovezhskaya Pushcha National Park. However, the famous forest does not take its name from the name of this red-brick tower.

At the foot of the tower there is a bronze monument depicting the founder of the town of Kamenets Prince Vladimir Vasilkovich and a bison which is a symbol of the region. 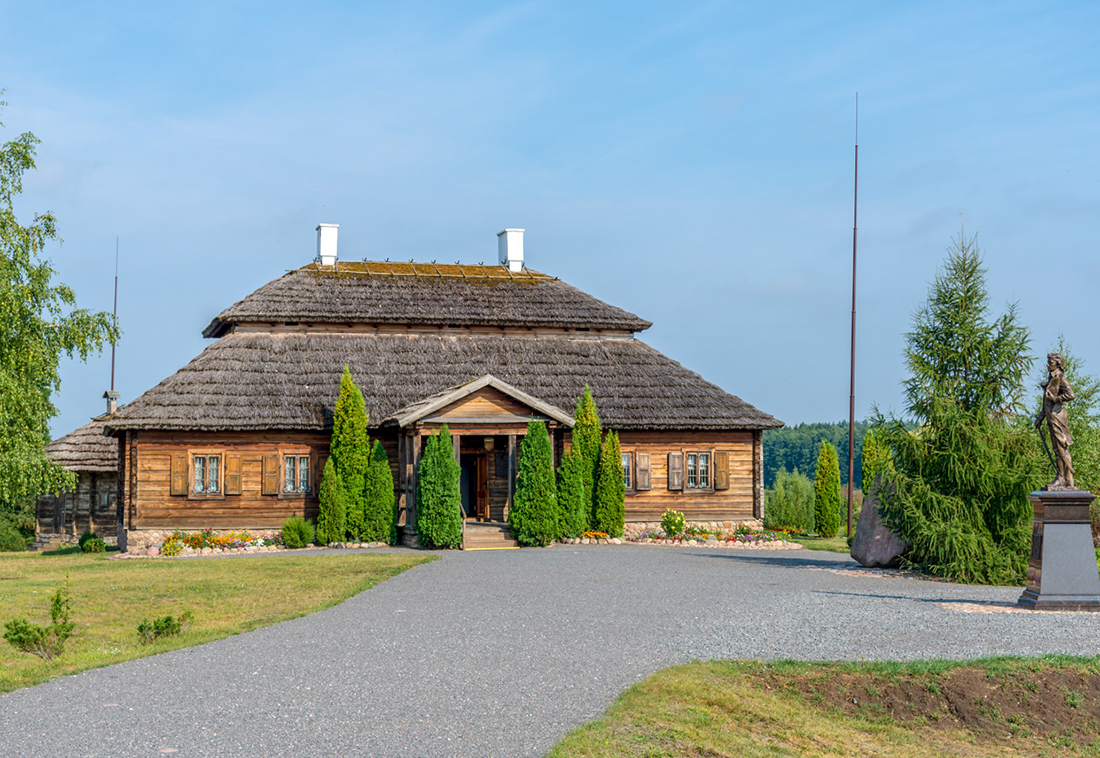 The birthplace of Tadeusz Kosciuszko, a national hero of Belarus, Poland, and the USA, an honorary citizen of France, is located not far from the town of Kossovo in the area of Merechevshchina. The estate survived thanks to the efforts of the Counts Puslowskis, who restored it and founded a museum of the famous fellow countryman in 1857. During the Great Patriotic War the house burnt to the ground and has recently been restored on the old foundation. Today visitors can see the interior dating back to the age when Tadeusz Kosciuszko was alive as well as household items, clothes and arms — sabers, models of pistols, cannon balls and bullets, a copy of the coat that the hero used to wear.

Struve Geodetic Arc
The Struve Geodetic Arc is a unique monument of history and a scientific masterpiece of the 19th century. It was named after astronomer and mathematician, first director of the Pulkovo Astronomical Observatory Vasily Struve (Friedrich Georg Wilhelm von Struve). It took almost 40 years to build the longest (2,820km) and the most precise geodetic instrument in the world consisting of 265 triangulation points in ten European countries. The majority of the Struve Geodetic Arc’s points (19) are located in Belarus (historians say that there were 31 stone cubes on the territory of the country), five of them are included in the UNESCO World Heritage List.